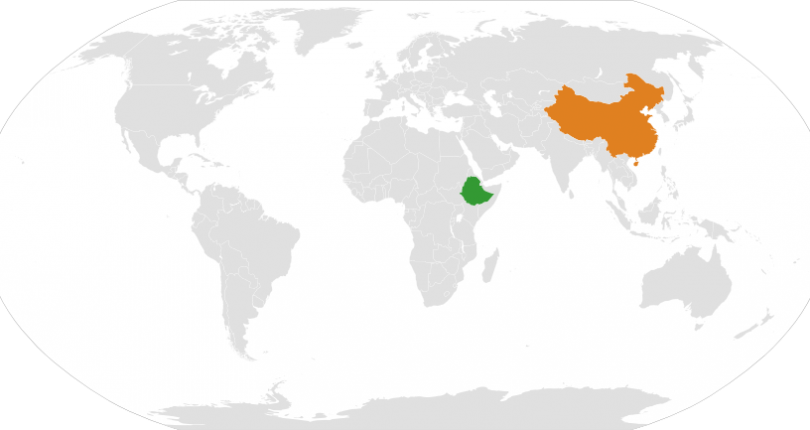 China is currently Ethiopia’s largest trading partner. By 2015, the trade volume between these two countries had already reached a margin of 6 billion dollars. So far China has invested in various sectors in Ethiopia including the manufacturing industry which is at the top, followed by the construction sector, real estate, and consultancy, among many others.

At the start of 2017, the private Chinese investment in Ethiopia had already hit USD 269.4 million in a project that was commissioned by the Ethiopian government. At the time, the communications director at Ethiopia Investment Commission, Mr. Mekonen Hailu confirmed that 68 projects by the Chinese in the country had already started operations. Further, Mekonen revealed that 41 more projects had entered their final phase of implementation and were expected to be completed by end of 2017.

Mr. Mekonen was quoted acknowledging that the Chinese investment firms were the single most significant foreign direct investment source to Ethiopia in 2017. Indian and Dutch investment firms came in second and third respectively.

Ethiopia remains a key partner to China in the Chinese project to restore trading roots under China’s Belt and Road Initiative (BRI). China has in the recent past concentrated in the East African region, especially in Ethiopia and Kenya to develop roads infrastructure. China’s focus stems from Ethiopia’s attractive low-cost labor, transport links, and a vast consumer market. Ethiopia is also a key partner due to its strategic location neighboring the tiny port state of Djibouti on which China has a naval base. The maritime presence in Ethiopia also makes it possible to access European markets through the Suez Canal.

Despite the massive opportunities in Ethiopia, China has faced various challenges mainly resulting from the civil unrest in Ethiopia. However, Ethiopia’s foreign investment trajectory remains upwards giving China hope to continue its projects in the country.